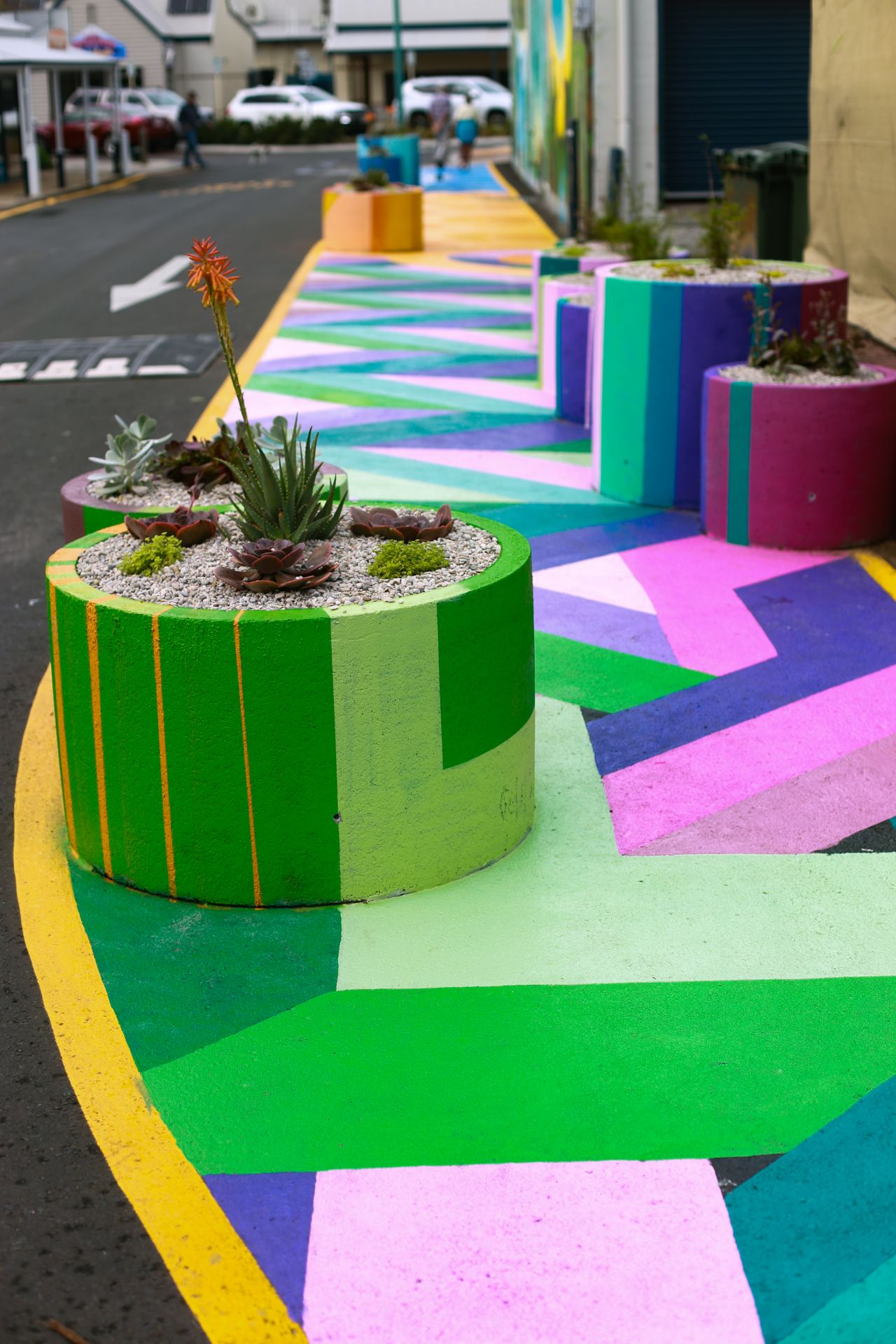 Our definition of placemaking

Placemaking is a philosophy and an iterative, collaborative process for creating public spaces that people love and feel connected to.

"As both an overarching idea and a hands-on approach for improving a neighborhood, city, or region, placemaking inspires people to collectively reimagine and reinvent public spaces as the heart of every community. Strengthening the connection between people and the places they share, placemaking refers to a collaborative process by which we can shape our public realm in order to maximize shared value.

More than just promoting better urban design, placemaking facilitates creative patterns of use, paying particular attention to the physical, cultural, and social identities that define a place and support its ongoing evolution.

With community-based participation at its center, an effective placemaking process capitalizes on a local community's assets, inspiration, and potential." 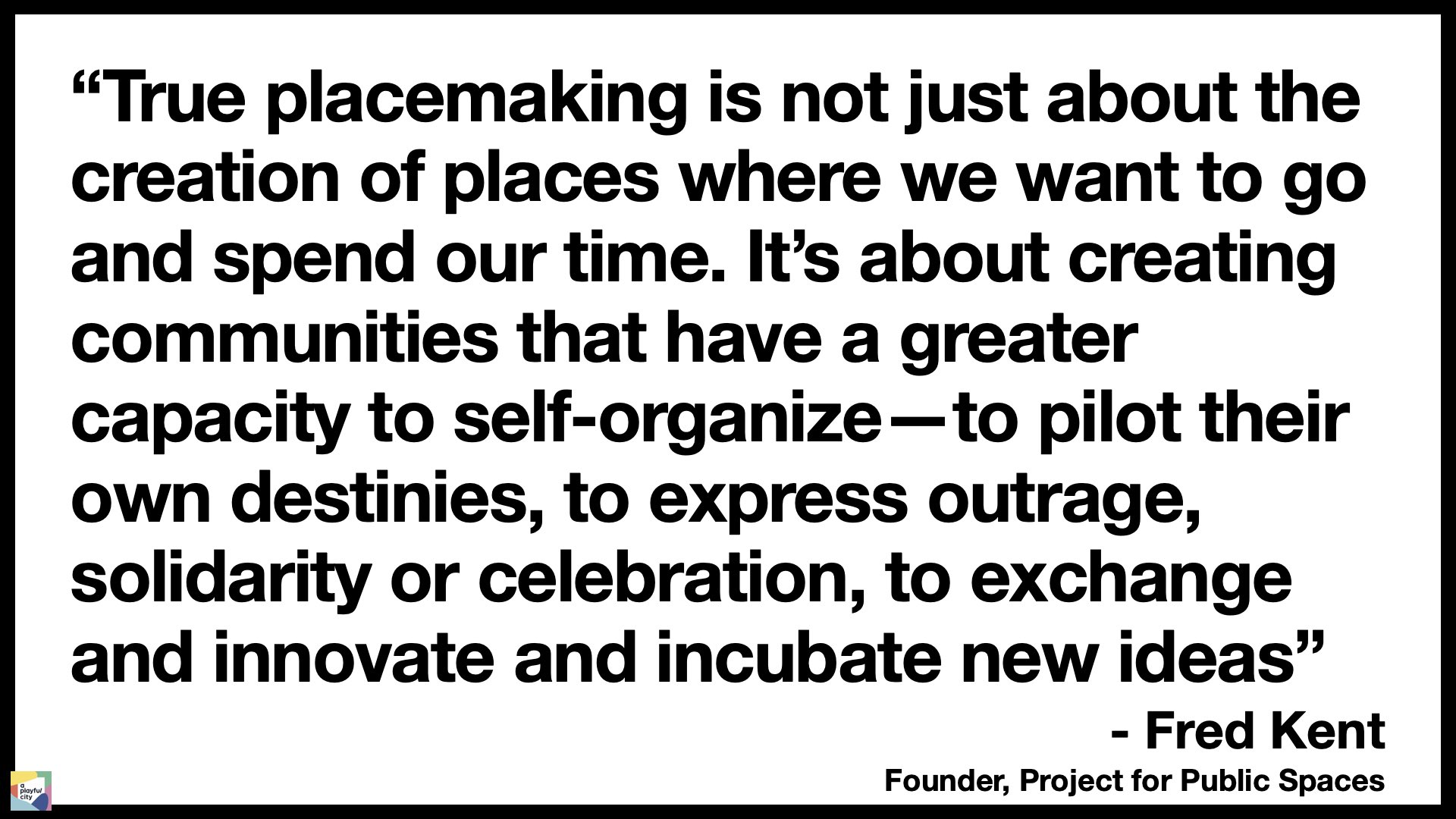 Placemaking is an inclusive and collaborative process, a mindset, an attitude that brings people, disciplines and organisations together to create positive changes to an area (small, medium or large).

It aims to create places that people want to be in and where humans thrive. It is a process that can strengthen the fabric of a neighbourhood or community.

Placemaking empowers people to act, not only as an ethical principle, but also because it is a real way to improve the way a person relates to themselves, their neighbours and their world.

Check out some free placemaking resources on the link below.

When did placemaking begin?

Making places attractive, engaging, safe and comfortable for people is not a new idea!

Project for Public Spaces began consistently using the term "placemaking" in the mid-1990s to describe its approach. It was based on work of placemaking pioneers like Jane Jacobs and William H. Whyte, who introduced groundbreaking ideas about designing cities for people, not just cars and shopping centers.

Their work focused on the social and cultural importance of lively neighborhoods and inviting public spaces. Jane Jacobs encouraged everyday citizens to take ownership of streets through the now-famous idea of “eyes on the street,” while Holly Whyte outlined key elements for creating vibrant social life in public spaces.

Applying the wisdom of these (and other) urban pioneers, Project for Public Spaces has gradually developed a comprehensive Placemaking approach. 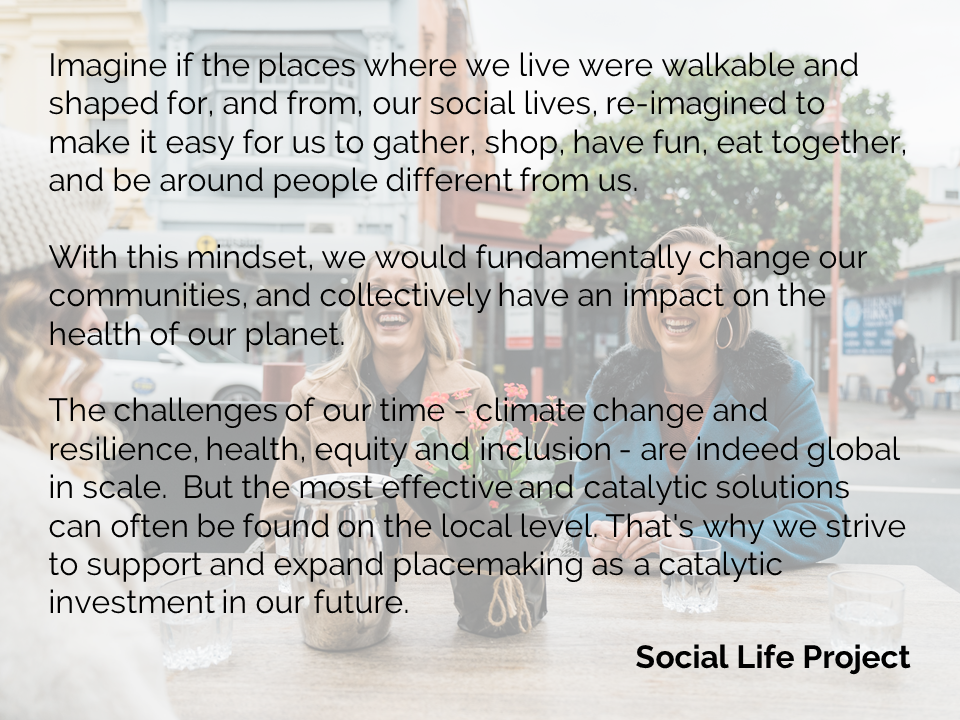